This graph from the Rabobank shows the fiscal positions of the Euro Zone members (orange) compared to the UK, US and Japan (blue). National debt is on the horizontal axis and deficit on the vertical axis. Numbers are expections from European Comission and IMF.

Notice that the U.S. and Japan have way worse fiscal positions than the Euro Area. Well known is that Greece and Italy have the biggest government debt compared to the GDP in the two economies. Ireland and Portugal are getting closer and closer to Italy though. 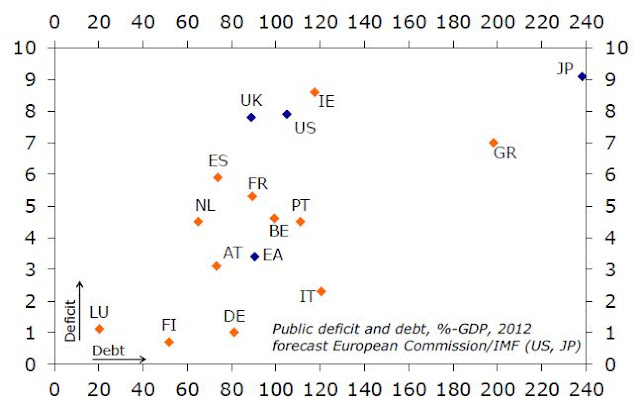 Posted by Reinoud Linschoten at 9:01 AM