More and more countries have been reporting their fourth quarter GDP growth for 2012 lately, and hence the yearly 2012 GDP growth rate. For the countries that have reported their figures China had the highest yearly growth rate of 7.8 percent. Indonesia and Norway are following China with 6.2 and 3.0 percent respectively. Yet, most countries had a growth rate of less than 2 percent, with most all European countries on the lower end. Portugal and Italy saw their economy's decline the most, in Portugal even with 3.2 percent. 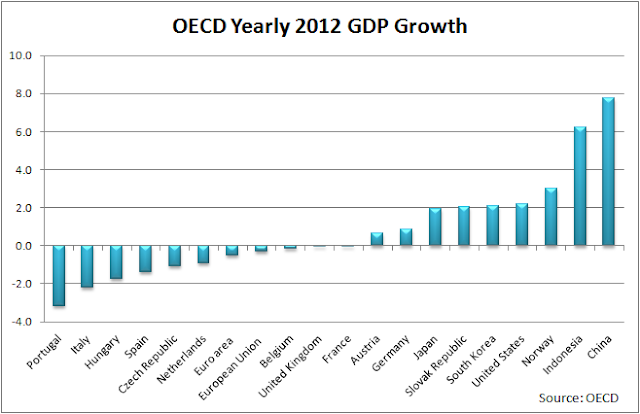