The Greek Government will again implement significant budget cuts in 2013, which it agreed on in November with the Troika. Pensions and state salaries are the main places where the cuts will take place. The reduction in the deficit consists for about 4/5th of budget cuts and 1/5 of tax increases. This total planned tax increases and budget cuts in 2013 are 9.4 billion euro's.

The reduced budget deficit will still increase the government debt however.

Note: the Greek parliament has approved the budget in November. 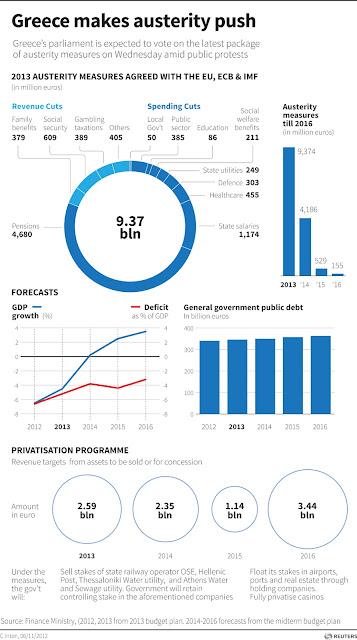 Posted by Reinoud Linschoten at 9:00 AM