Before the crises started in 2008 the economy in Spain grew remarkably faster than in Italy. Since the crisis started Spain is still doing relatively better (or rather less bad) again, as you can see in the first graph on the left. While that happened Spain's unemployment, while being almost the same as for Italy in 2007, was more than double the rate of Italy in 2011. Spain again is doing better for the government debt, although it increased a lot more since the crises than in Italy, so the two graphs on the bottom show. 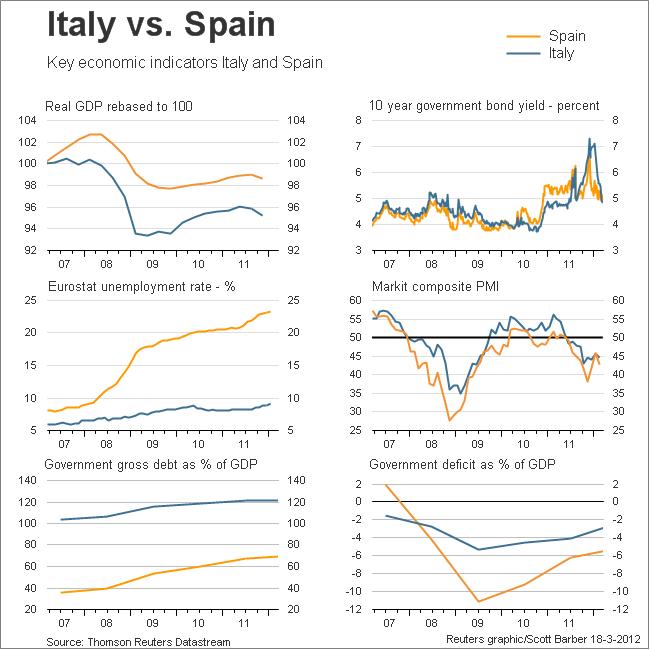 Posted by Reinoud Linschoten at 9:26 AM