This chart shows the population aging as the elderly (aged 60 and over), as a percentage of the population in a country for 2007 and 2040. Japan and the Western European countries have the biggest aging problems and in the United States, United Kingdom and the BRIC countries have relatively less problems. 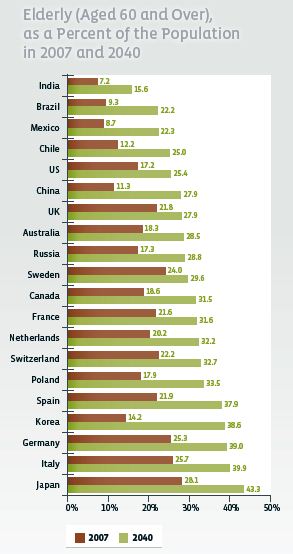 Posted by Reinoud Linschoten at 2:42 AM